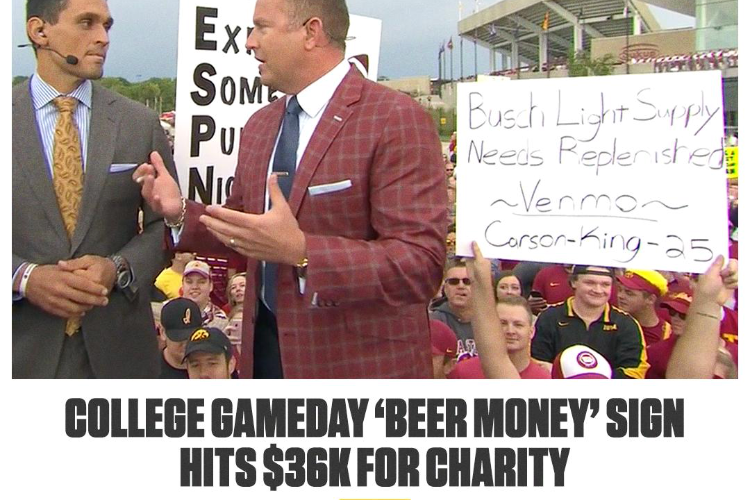 What a fucking world we live in. Some guy in the front row at College Gameday this weekend in Ames, Iowa held up a sign asking for beer money. He had his Venmo tag at the bottom for people to send him this beer money. Well it turns out that this might have been the greatest idea anyone has ever had.

At this point this guy has received $36K. 36 THOUSAND FUCKING DOLLARS! How in the fuck does this even make sense?! This guy is my fucking idol! He immediately deserves a job in marketing because he raised $36K using a fucking sign on College Gameday.

It does help that he is holding this sign up on the best drinking day of the week. Shit, half the people who sent him money were probably shitfaced already at 10-11 in the morning! What a fucking genius this guy is and he definitely deserves to replenish his Busch Light stock with some of this money!