What the fuck happened last week?! Washington was ahead all fucking game and blew it, Oklahoma State choked like only Oklahoma State could, Louisville just straight shit the bed, and Arizona State’s offense would have been better off with me at QB. Just a forgettable week all around. I started off the season hot and this is my obvious cold streak that I knew I would eventually hit. I am below .500 for the first time this season, but we will get that turned around. I have never had a season below .500 in 9 years of gambling so we will eventually right the ship.

With the exception of that joke of a school, Rutgers, all of Iowa’s Big 10 games have been close. In fact, they have all been decided by a combined 18 points with the winner of those games averaging only 15 points per game. Both of these teams like to try and run the ball with both teams averaging over 37 rush attempts per game. Both teams have struggled to score points for a lot of this season and in a game like this a big spread is usually not the winner. Iowa is 2-5 ATS this season and they are 0-2 as the away team. Northwestern on the other hand is coming off of an embarrassing loss at home to Ohio State and they are looking to save some face in the Big 10 this year. Look for a real hard fought game ending in something like 13-6.

Penn State has been one of the best teams in the country this year while Michigan State has been one of the most disappointing teams in the country this year. The Sparty offense has gone AWOL wayyyyy too often and it has lost them some big games, most notably to Arizona State and Wisconsin, where they scored a combined 7 points. Penn State on the other hand has been great on offense and defense for pretty much the entire season. Sean Clifford is slowly sneaking up into the Heisman conversation while James Franklin will undoubtedly be in the convo for Big 10 Coach of the Year. PSU is 2-0 this year as road favorites and I still don’t think they’re getting enough respect from the books. The Nittany Lions are 4th in the nation in scoring defense allowing only 10.5 points per game, while MSU is 88th in scoring offense. Gimme Penn State in a fucking blowout!

This is without a doubt the biggest game of the week. Both teams need this win, but for different reasons. LSU needs to stay undefeated before the Alabama game if it wants to have any shot at the playoff, while Auburn is looking for a huge win to pad their resume to make a late run at the playoff. We all saw what Joe Burrow did to the Florida defense a couple of weeks ago and the Tiger offense has been doing that to teams all season long. Auburn on the other hand has been led by a freshman who has played fucking outstanding for the most part. Auburn’s defense is really good as well, but trying to stay on top of the 3 WRs LSU throws at you is almost impossible. LSU’s offense has been unstoppable this year, no matter who they have faced.

Willie Taggart and FSU have been on the ass end of plenty of jokes this year, but in reality, they don’t have any bad losses. Their losses are to a Boise State team that would be undefeated if their QB didn’t get hurt, Virginia on the road, Clemson on the road, and Wake Forest on the road. Should they have won the BSU and WF games? Probably, but the BSU game was a shitshow from jump street with the location and time of the game being changed, and the WF game was probably inexcusable on Taggart’s part but shit happens. Syracuse on the other hand just fucking blows. They were ranked in both Top 25s before the season started and now they are 3-4 with those 3 wins coming against Liberty, Western Michigan, and Holy Cross. They have gotten embarrassed in their ACC games to this point and they may not even reach a bowl game this year. Tommy Devito has regressed about as much as a QB can possibly regress which has led to the Orange offense being one of the worst in the country! They are only averaging 14 PPG against ACC opponents this year which is fucking pathetic considering where most people though they would be at. Florida State has not been great, but they have been way better than Syracuse and I expect that to show on Saturday. 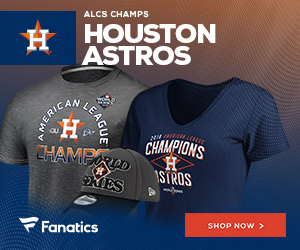 The Arizona State offense looked awful last week, but sometimes that happens on the road against one of the best defenses in the country. On the flip side, I’m not sure that there has been a more inconsistent team than UCLA this year. At the beginning of the season it looked like Chip Kelly may not make it through the entire season, but a few season saving wins later and here we are. One thing that I do know, is the best medicine for a struggling, but talented offense is a horrific fucking defense. Well that is exactly what ASU will be facing this week. UCLA is giving up almost 35 PPG this year while scoring less than 28. Arizona State meanwhile, is only giving up 20 PPG and it is usually the offense that loses games for them. Coming off of a bad loss Herm will have this team ready and this will be just the fix the offense needs for the final few weeks of the season. I am back on my fucking bullshit with the Sun Devils…

Both of these teams are averaging over 32 PPG and the entire fucking world saw Texas try and play defense last week against Kansas. Texas cannot tackle for shit and TCU will take full advantage of it. As for who wins this game, I am fading the shit out of it, but I do know that this is going to be a shootout. Sam is trying to keep his team at the front of the Big 12 race while TCU is trying to make sure they have a shot at the Big 12 championship.

We already know how horrid Michigan’s offense can be when facing a really good defense. Well that is exactly what they are getting this week in Notre Dame. Actually, both teams are in the top 16 in the country in points allowed surrendering less than 20 PPG each. We have seen ND’s offense click, but we have also seen it falter against a good defense like in the Georgia game. I expect this game to be much like it was last year when ND beat Michigan 24-17.

Oregon has one of the best QBs in the country and he may actually be the most talented. Washington State on the other hand just always has an offense that can drop 70 on you in any given week. Oregon’s defense has been real solid all season, but we saw them get burnt a few times by Eason last week. This game has a feel of something like a high scoring blowout, and by that I mean Oregon will probably win like 52-35 or something in that range. Easy money!

I thought long and hard about every one of these because I need to end this cold streak. This is the week. I can fucking feel it.